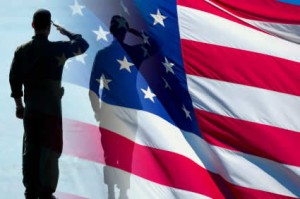 VA Insured Home Loans help Service members, Veterans, and eligible surviving spouses become homeowners since 1944.  VA provides a home loan guaranty to make the loan program available through lenders like us.  This great home loan program can be used to buy  1-4 unit home with no down payment required!

Are You Eligible For a VA Home Loan?

Wartime/Conflict Veterans who served at least 90 days and were not dishonorably discharged:

Members who have completed six years of service and have been honorably discharged or are still serving may be eligible for a VA loan.

Peacetime service of at least 181 days of continuous active duty with no dishonorable discharge. If you were discharged earlier due to a service-connected disability, you should speak with the regional VA office to verify eligibility.

Other types of service that may make you eligible for a VA loan:

We are honored to offer VA insured Home Loans to those who have served their country.